Character strengths in the workplace

Positive psychology is the scientific study of what makes life most worth living. From the beginning, positive psychologists have sought natural homes for its study, settings where excellence is recognized, celebrated, encouraged and nurtured. The workplace is an obvious natural home. As has been quipped, no one ever wrote a tradebook about business titled In Search Of Mediocrity or From Fair to Middling.

What is the best job for a person? Given how central the work that one does is to the life that one leads and the multiple needs – economic, psychological, and social – satisfied by work, psychologists have long sought to answer this question. Common sense and a burgeoning popular literature advise people to identify their strengths – what they do especially well – and then find a new job or recraft an existing job so that they can use these strengths on a regular basis. Then they will do better work, be more engaged, and experience more satisfaction.

Strengths include talents and abilities, and in this case, the advice to match one’s skills to a particular job is so obvious as to be almost a tautology. Exceptions no doubt exist, but in general, dentists need to possess manual dexterity; professional athletes need to be swift and strong; actuaries need to have mathematical skills; and so on.

But strengths also include traits of good character – dispositions to be curious, fair, honest, hopeful, or kind – and here the advice is not so obvious and in any event runs ahead of most available evidence. There is good reason to think that a fit between character strengths and the requirements of specific jobs is beneficial for the worker as well as for the work organization. However, largely missing in the research to date on worker-job fit is specific attention to strengths of character.

The VIA Classification
For the past several years, an important positive psychology project has unfolded that has identified important strengths of character and devised ways to measure them. This project – the Values in Action (VIA) Classification – approaches good character as a family of characteristics, each of which exists in degrees, with some people having more, and some people having less of any given character strengths. As shown in Table 1, the classification includes 24 positive traits organized under six broad virtues: (a) wisdom and knowledge; (b) courage; (c) humanity; (d) justice; (e) temperance; and (f) transcendence. Not all character strengths of concern in the workplace are included, but this classification nonetheless provides a starting point for the systematic and comparative investigation of character and its consequences.

There exist ways of measuring these 24 VIA strengths, including self-report questionnaires posted on an Internet site (www.authentichappiness.org). The VIA Inventory of Strengths (VIA-IS) is available in English, Spanish, simplified Chinese, and traditional Chinese, and further translations into French, German, Hebrew, Japanese, Korean, and Portuguese are planned.

Classification of Character Strengths
Research Findings
Adults register on the website and take different surveys of their choice, including the VIA-IS. To date, more than 1,000,000 people have completed this measure of character strengths, and a fair amount has therefore been learned, all of which points to the conclusion that character matters. Here is just a sampling of results:

The question of course arises about how given strengths can be encouraged. Not all strengths have been the target of deliberate interventions, but the evidence is good that a number of strengths can be bolstered: hope, gratitude, kindness, love, and humor, among others. Successful interventions combine didactic instruction with extensive practice. Goal-setting and feedback are essential. Mentors and role models contribute importantly to the process of change. It is also important to recognize that changing one’s character is hard work. A weekend workshop or an inspirational speaker may encourage people to contemplate change, but change itself takes much longer and requires active efforts on the part of individuals.

Uses in the Workplace
After individuals complete the VIAS-IS on-line, they receive feedback on their top character strengths – sometimes identified as signature strengths. If used appropriately, this information can have considerable utility in the workplace.

So it can be valuable for an individual to know what his or her signature strengths might be. Although adults are rarely surprised by the VIA-IS feedback, they may not have thought that “curiosity” and “humor” are strengths of character. Accordingly, the feedback can be liberating, even empowering.

If work supervisors are aware of the character strengths of their employees – and appreciate that different people have different profiles of strengths – they can take this information into account in assigning tasks or constituting teams. Workers high on fairness can be asked to play the role of ombudsman or loyal opposition. Those high on creativity can tackle problems that need novel solutions. And those high on prudence can be asked to vet the “creative” solutions generated by others!

Perhaps the most general value in the workplace of the VIA-IS – or any strengths approach for that matter – is that it changes the way in which people think of themselves and others. Far better to view one’s colleagues as talented rather than flawed, as good rather than bad, and as lifting others up by their presence and example rather than dragging others down. Many things contribute to satisfaction and success in the workplace in addition to the ways we view each other, but these certainly set the stage for good work.

Consider a 30-person office in which everyone took the VIA-IS and received results. A meeting was held, and the facilitator read off each of the 24 strengths and asked people to stand if the specific strength of character were among their top five. The workers remained standing until all the strengths had been named, and all the people in the room were standing. “Look around,” the facilitator asked the people. Little else needed to be said.

Caveats
However, the VIA-IS is not a strong diagnostic test and should not be treated as one. (The same is true of any psychological assessment that relies on self-report, even if their vendors do not come out and say so.) If the VIA-IS tells an individual that “kindness” is not among her top strengths, although she devotes many hours each week to charity work, tithes 10% of her income to her church, and has a smile for every person she meets, then what should be concluded? Simply that the test did not work for her. It should be noted that the VIA-IS has good validity evidence, but the test is neither 100% reliable nor 100% valid.

It should also be emphasized that the feedback provided by the Internet site on which the VIA-IS is housed is ipsative feedback – meaning that top strengths are identified with respect to the respondent’s other strengths, not with respect to people in general. So, someone could have a signature strength of self-regulation because that strength is higher than his other strengths, but he still could rank low on self-regulation when compared to other people.

Finally, a “lesser” strength is not the same thing as a weakness, although many people taking the VIA-IS seem to interpret their lesser strengths in this way. By virtue of the logic underlying the VIA-IS feedback, some strength scores must be higher than others, and some must be lower. The VIA-IS does not identify problems. It identifies strengths.

These cautions are stressed because there is a strong desire in the workplace to find the way to distinguish good workers and supervisors from those who are not so good and to make decisions quickly and efficiently about who to hire and who to fire. The VIA-IS does not lend itself to this approach. The premise of the VIA-IS – and indeed of positive psychology per se – is that different people are “good” in different ways, that they should be described in terms of a profile, and that a one-size-fits-all approach to the good life is a futile goal.

Said another way, it would be wrong – legally, morally, and scientifically – to use the VIA-IS as the basis for personnel selection or advancement. However, results about signature strengths can certainly be used to help people craft their jobs, to expand rather than limit what they do.

Character Strengths as a Human Resource
How might human resources (HR) professionals make use of the work done by positive psychologists on character strengths? The most general point is to regard character strengths as a resource that should be identified, celebrated, and nurtured, just like the talents and skills of workers. The VIA classification and its assessment tools allow HR professionals to move beyond slogans and aphorisms to offer specific advice to those whom they serve.

Individual workers can be asked to take the VIA-IS and receive feedback, and HR professionals can play a crucial role in making the process useful. First, it should be explained to workers in specific terms exactly how the results will be used, as well as how they will not. Full disclosure should encourage the care and candor with which the survey needs to be completed. The test is thoroughly transparent – results can be faked by those so inclined – and it needs to be made clear that the goal of the procedure is to help workers.

Third, HR professionals can help a worker make sense of his or her specific results. The caveats already discussed should be conveyed in ways that all can understand. There is a tendency to attribute great meaning to the results simply because “the computer” provides them. Without undercutting the validity and utility of the VIA-IS, the HR professional needs to be sure that workers take results with a grain of salt.

Fourth, workers need to know that no one can have it all with respect to character strengths and that the scoring of the VIA-IS requires that some strengths receive higher scores than others. To repeat: Lesser strengths are not weaknesses. More generally, all strengths are valued, and there are often soft tradeoffs among them.

Fifth, HR professionals can help workers devise ways to use their strengths in novel ways at work, to boost particular strengths (zest seems a likely candidate), and to meld their set of strengths with those of others. Positive psychology exercises and interventions are sometimes presented very briefly, leaving the mistaken impression that they are generic. Rather, any intervention needs to be tailored to the worker and to the workplace, and here the expertise of the HR professional is needed.

About the Authors
Christopher Peterson is a social and clinical psychologist and Professor of Psychology at the University of Michigan. He has been studying character strengths and virtues and their positive outcomes on health, well-being and work. He is the author of A Primer in Positive Psychology (2006, Oxford University Press)

Nansook Park is a clinical and school psychologist and Associate Professor of Psychology at the University of Rhode Island. She is interested in good character among children and youth and how it is related to well-being, family functioning, health, and education. 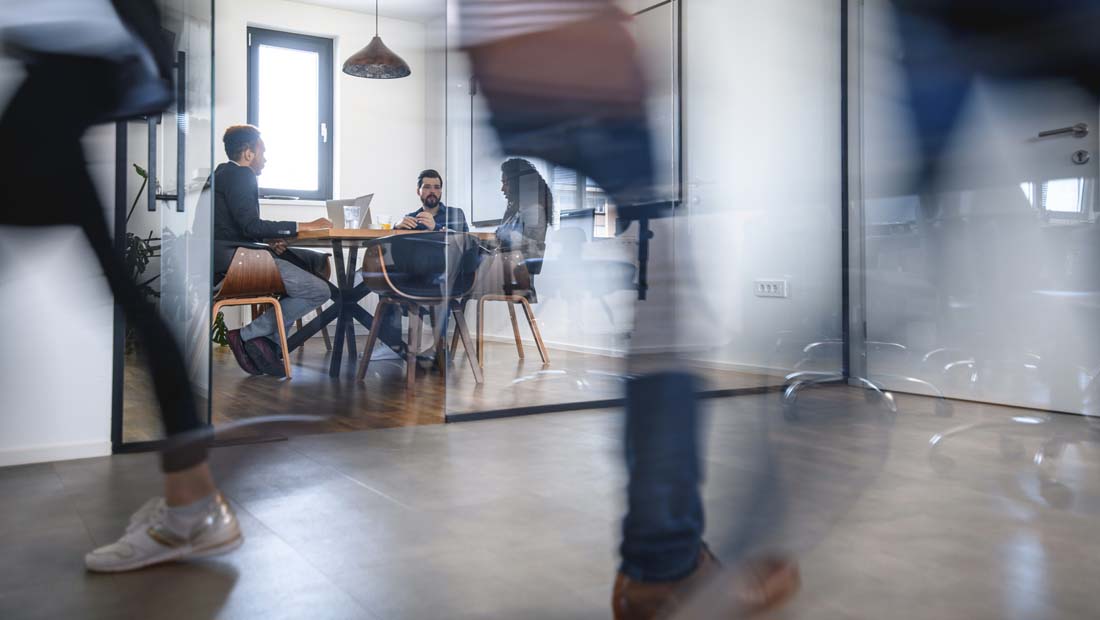 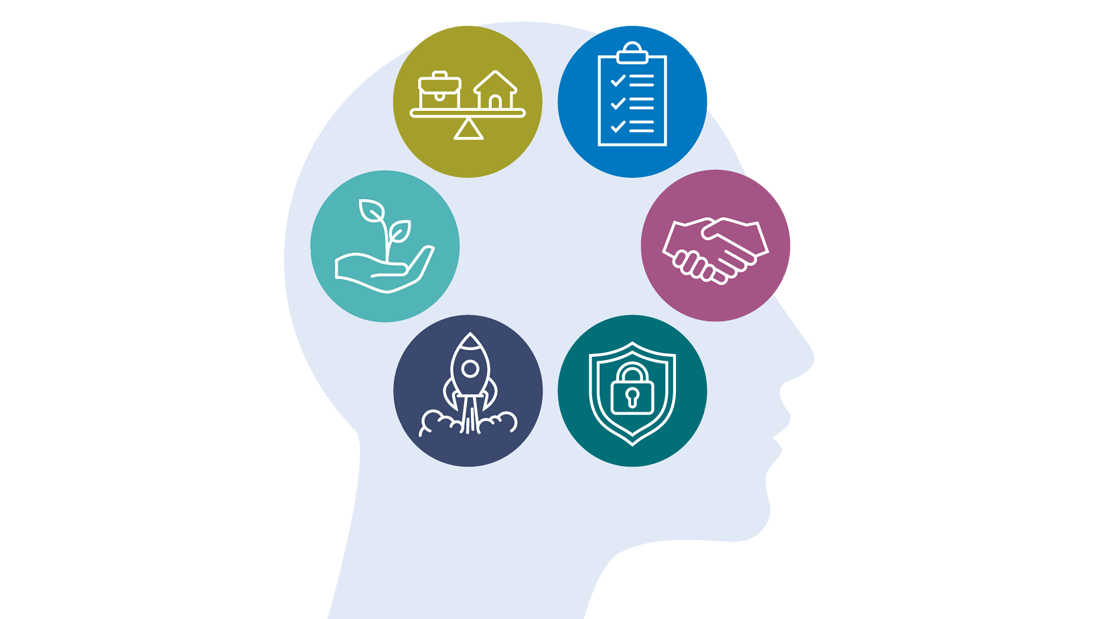 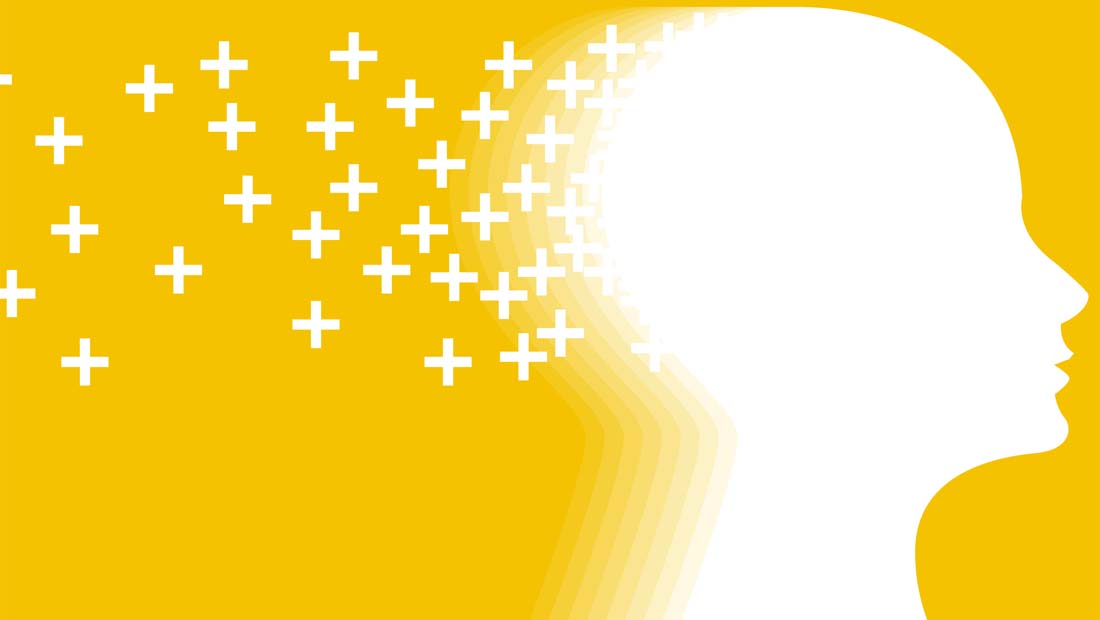 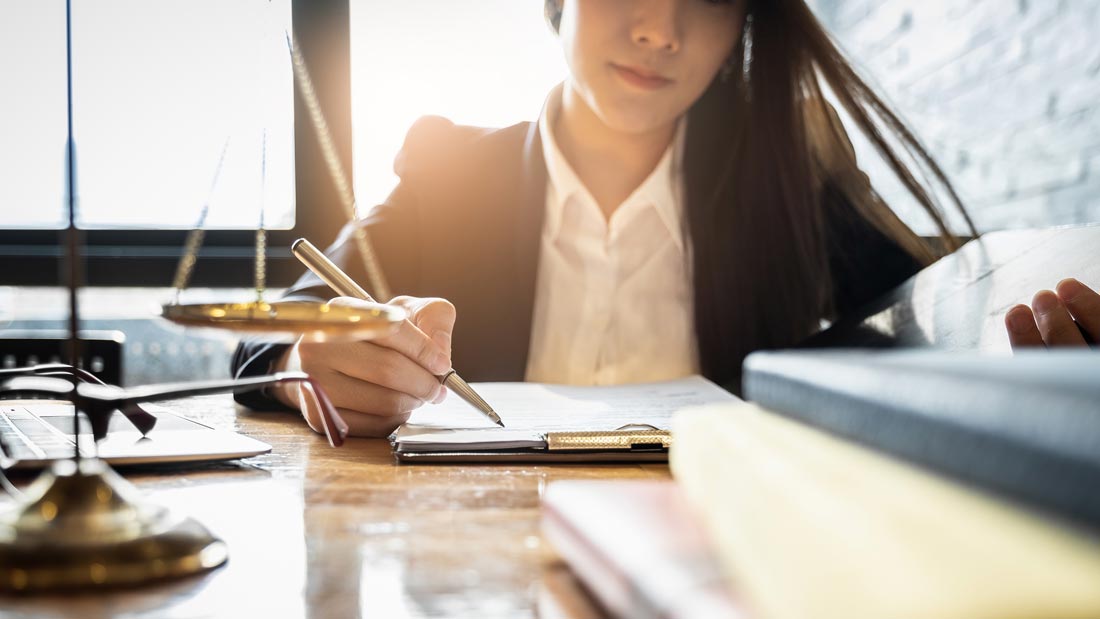 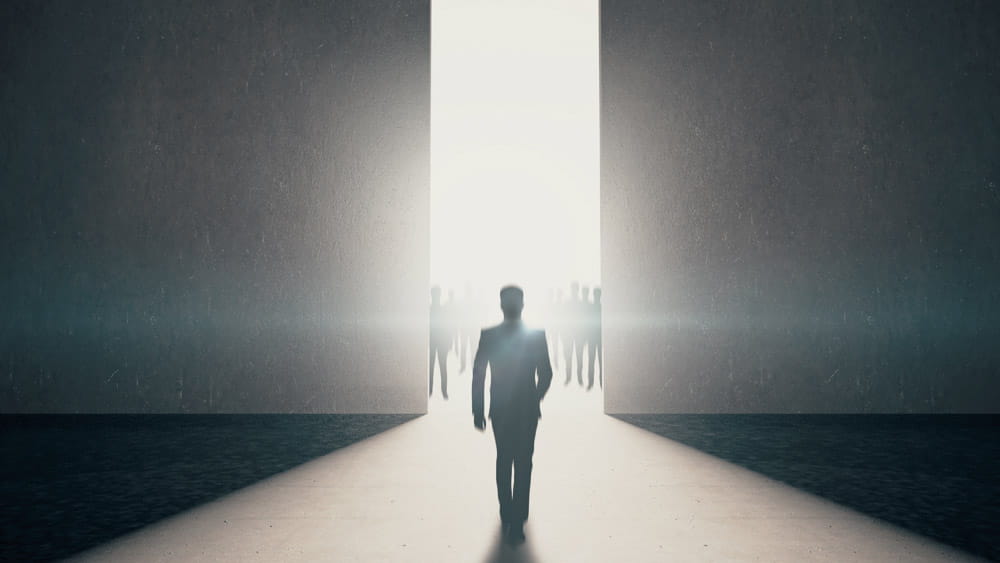 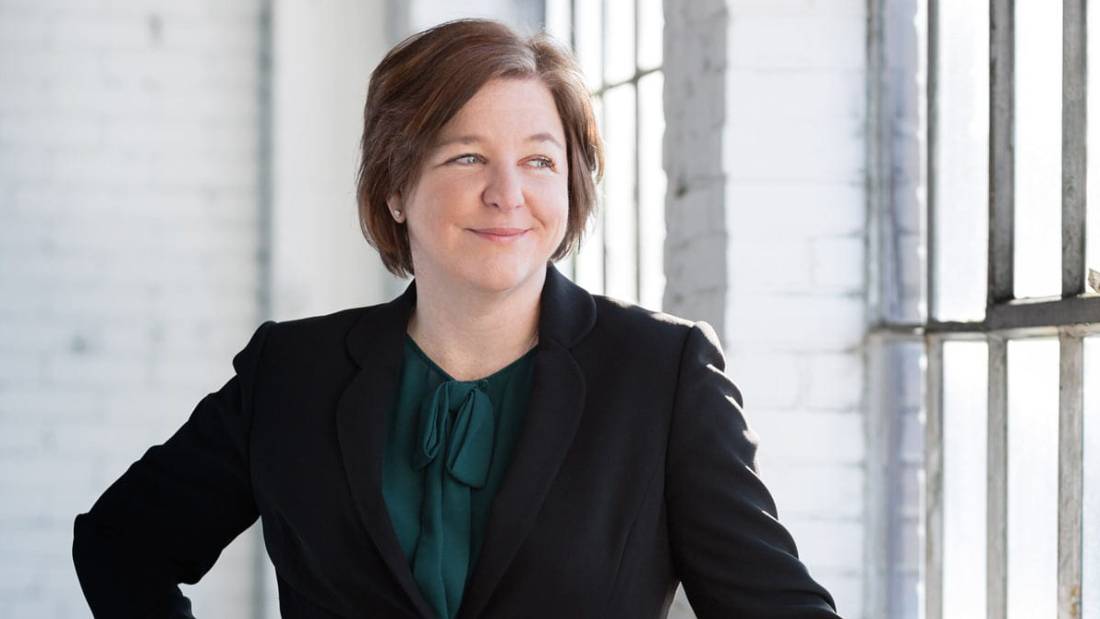